At TM TKO, we are really interested in prosecution trends. Today, we are going to zoom in on one type of refusal – 2(d) likelihood of confusion refusals – in one class, International Class 1. International Class 1 primarily consists of industrial chemicals and similar products.

In particular, we wanted to test out class relationships – how strong was the likelihood of getting a refusal if the prior mark was in-class, was in a coordinated class (but not in-class), or was in an “unrelated” class (not in-class and not in a coordinated class), and how likely were the refusals to “stick” and cause the application to go abandoned?

While fewer than 12% of applications filed at any time received 2(d) citations, the 2(d) citation rate jumps to about 30% from 2014 to the present. It’s perhaps unsurprising that an increasing 2(d) rate results from an increasingly crowded registry. 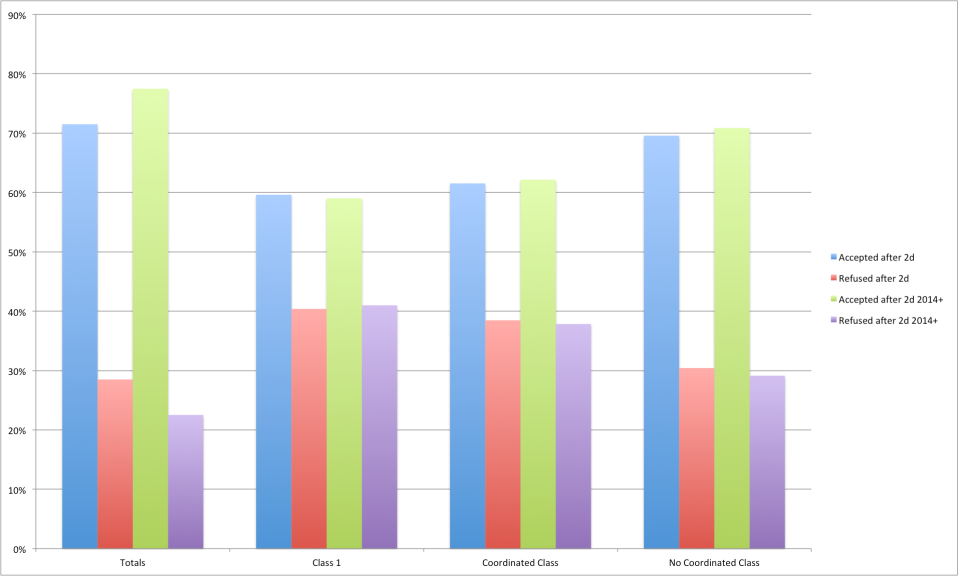 The importance of class and coordinated class are more apparent in looking at how frequency applicants overcome the initial 2(d) citation or citations. Applicants that receive a 2(d) citation in Class 1 or a coordinated class overcome it roughly 60% of the time; applicants that receive a 2(d) citation in an “unrelated” class are about 10% more likely to be successful. The same trends hold since 2014 as over all citations, suggesting that – at least for this class – citations in unrelated classes were noticeably less likely to hold up after further argument by the applicant. 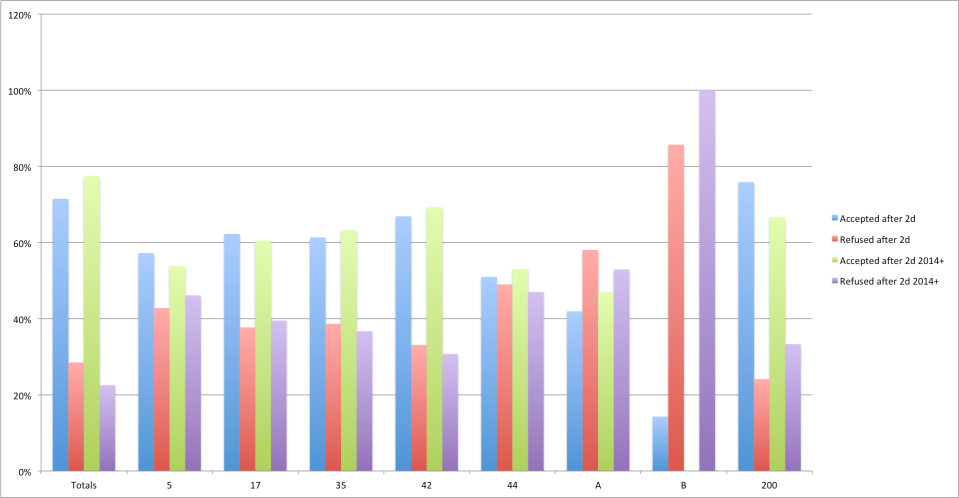 Within the coordinated classes, refusals in Class 1 tended to be the most difficult to overcome; citations to Class 42 (traditionally a grab-bag of services, though now more narrowly defined) and Class 200 were the most likely to be overcome by applicants. Refusals in Classes A and B were less common, but comparatively difficult to overcome, perhaps because they can include especially broad descriptions of goods.

We will be looking at other classes and other prosecution in more depth over the coming weeks and months. If you have specific topics of interest, please let us know at inquiries@tmtko.com.